5 Winter Bugs Eager to Invade Your Home: Suggestions to Keep Them Out | Inspect-All Services

COVID-19 UPDATE: Inspect-All is OPEN. We are classified as an Essential Business and will continue to remain operational. As a part of this community for over 35 years, our number one goal is to protect your homes and families. As always, our technicians adhere to the strictest of sanitation practices. Many of our services- like Perimeter Defense- are exterior-only. If you have any questions about our various treatments, call us today and we'll talk you through the treatment and the steps we take to ensure the safety of our customers and our technicians. Please reach out by phone, if you would like to pay online or set up your customer portal.

Thanks for printing!  Don't forget to come back to Inspect-All Services for fresh articles!

5 Winter Bugs Eager to Invade Your Home: Suggestions to Keep Them Out

Return to the Blog Home Page 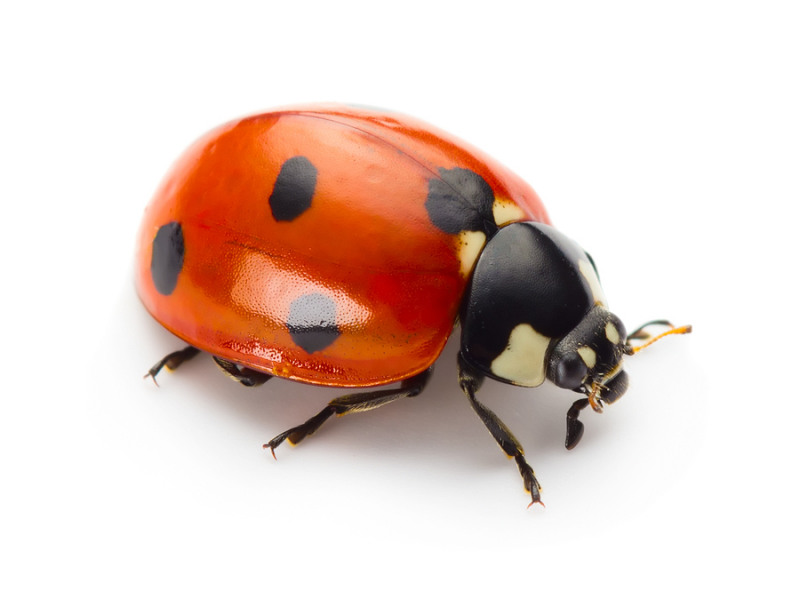 When the wind howls at your windows and the thermometer registers in the single digits, there's nothing like being inside your warm and cozy home. You're not the only one who feels that way. However, several species of winter bugs also enjoy staying warm and dry during the cold season. Unfortunately, these pests don't rent their own place – they simply move into yours. Here are five types of creepy crawlers you might find inside your home this winter.

#1 Ladybugs
Asian lady beetles, one of the many species of beetle commonly referred to as ladybugs, are one of the more common winter bugs throughout much of the country. These orange-red beetles with black spots like to spend their winters hibernating in large groups somewhere warm. Often, that warm spot is inside your home.

While ladybugs don't actually do any damage to the house's structure, nor do they eat any of your belongings, they create two problems:

If you have a ladybug problem, vacuum them up and release them outdoors.

#2 Stinkbugs
The aptly named stinkbug is a beetle with a bad smell when squished or scared. These plant-eating pests generally start seeking a warm spot to hide in during the fall. If they find a crack or hole in your home, that spot may very well be inside your house's walls and crawlways.

You might not even know the beetles are there until they "wake up" in early spring or on an unseasonably warm winter day. But once they wake up, they make their presence known. Stinkbugs need to get outside to survive, and so you are likely to find them swarming on the walls or windows. Whatever you do, don't squish them --- unless you want to confirm how they received their common name. Instead, use a bagged vacuum cleaner to suck them up, and then dispose of the bag in your outside trash can.

#3 Boxelder Bug
While most people lump just about every insect, spider and creepy-crawler under the general title of "bug," the designation correctly belongs to just one order of insects: Hemiptera. Quite a few insects are in this order, including cicadas, aphids, assassin bugs, and bed bugs. But it's the boxelder bug who is the likeliest to invade your home during the winter.

Roughly half an inch long, black or dark brown in color, with attractive red or orange markings across their abdomen and wings, boxelder bugs feed on box elder trees, along with several other trees and plants. But it's when they invade people's homes in search of a warm overwintering spot that these bugs turn into pests. Like many winter bugs, boxelder bugs generally hide out in your home's quiet, dark spots. But on warm days, or in early spring, they wake up and head to a sunny window, warm wall or crack in a door, seeking a way to get back outside. And like ladybugs, they can excrete a chemical that stains fabrics, walls, and floors.

#4 Pests in Houseplants
In many parts of the country, it's common to set houseplants outside during the spring, summer and early fall, then bring them indoors once the weather turns chilly. Often, however, when you bring the plants inside, you're also bringing in a variety of pests, including aphids, mealybugs, spiders, spider mites, gnats, earwigs and even snails or slugs. While none of these hitchhikers are likely to harm you, they may well spread to other houseplants and become a nuisance.

#5 Bugs in Firewood
There's nothing like a crackling fire on a chilly winter evening. But firewood that's been stacked outside your home, and then brought inside, often provides transportation for a wide variety of winter bugs, including termites, spiders, and wood beetles. You probably won't get a heavy infestation this way, but isn't one unwanted bug too many?

Prevention is Key
When it comes to keeping winter bugs where they belong – outside – the key is prevention.

If your home does become heavily infested with winter bugs, call a qualified pest control service to handle the situation before it becomes worse.

Longest-running Company on Bulldog 100 For Immediate Release from the University of Georgia Athens, GA - Inspect-All...

Includes trapping and removal of rodents for homes up to 4,000 square feet. Technician will return 1 or 2 more times, as necessary, within 30 days to replace and/or relocate traps. As with all wildlife, there is no guarantee that rodents will be trapped. New wildlife customers only. Full wildlife exclusion estimate will be provided upon inspection. 770-483-6045.

Offer valid for residential properties under 4,000 square feet. Not valid for German roaches, rodents, termites, mosquitoes, bed bugs, fleas, ticks, flying insects, wood-destroying or wildlife pests; these services can be added, if needed, for an additional charge. New customers only. One coupon per property. Treatment is family and pet-safe. 770-483-6045.